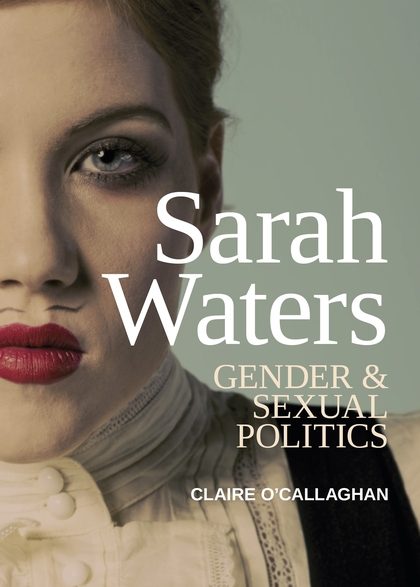 Scholars often highlight the schisms in their field, but rarely do they work to truly reconcile these factions. In her book Sarah Waters: Gender and Sexual Politics, Claire O’Callaghan inserts herself into the debate between essentialist feminists and queer theorists, reading Waters’s historical fiction as a model for contemporary queer and feminist interdependence. O’Callaghan bases her call for reconciliation on six of Sarah Waters’s novels: Tipping the Velvet, Affinity, Fingersmith, The Night Watch, The Little Stranger, and The Paying Guests. While these books focus on different characters, issues, and time periods, O’Callaghan uses these pieces to scaffold a larger discussion on patriarchy by elaborating how all of Waters’s characters, like living women and LGBTQ+ people, are “connected by virtue of being othered for their ‘deviation’ from gendered and sexual norms” (101).

O’Callaghan insists that one theory cannot exist without the other in both fictional and living worlds. The author deconstructs the social and historical contexts behind heteropatriarchy more than providing a traditional close reading. Therefore, O’Callaghan bends genres to complicate what it means to be queer and to write and read queerly. This book is, in of itself, a queer endeavor because O’Callaghan incorporates interdisciplinary arguments that interact with Waters’s texts from different times and cultural perspectives. Upon reading O’Callaghan’s book, we reconsider our own preconceptions of queerness in every sense of the word. A traditional analytic approach may center on a structural or even sociological approach, but O’Callaghan varies each chapter with a blend of historical information and a larger call for unity within the feminist and queer academic communities. Therefore, O’Callaghan’s book is not a literary endeavor so much as a social one. Claire O’Callaghan uses Waters’s neo-Victorian novels as a framework to structure a debate about the future of feminism and queer theory and how scholars from both sides, whether they would recognize this fact, are interconnected. This text pushes the frontiers of literary analysis by breaking the fourth wall and connecting directly with the audience, using literary plots and characters as evidence of the positive possibility of breaking the boundaries between essentialist feminism and queerness.

O’Callaghan carefully avoids describing any of Waters’s characters as heroines. Instead, she reads these queer characters, like Lillian who kills her husband in The Paying Guest, as neither morally good nor reprehensible. In doing so, O’Callaghan forces the reader to question the male power structures that shade our judgment when we decide what it means to be “virtuous,” “ill,” or even “evil.” Throughout her book, O’Callaghan does not trap queer and lesbian voices in a vacuum. Each chapter portrays the spectrum of the characters’ experiences and their responses to misogyny while tying them to relatable issues such as abortion and lesbians in porn. Therefore, O’Callaghan demonstrates perhaps the most powerful universal thread throughout Waters’s works and the feminist movement: the realization that these Victorian and WWI characters’ struggles are tangible and current. O’Callaghan makes no attempt to imagine Waters’s fictional worlds without their oppression or to suggest solutions for these inequalities. Instead, each of O’Callaghan’s chapters illuminates the reality of misogyny in the present world by confronting the reader with past iterations of similar bigotry personified by Waters’s lesbian characters.

O’Callaghan uses each of Waters’s novels as evidence of the hegemony that readers experience on a daily basis (171-173). She articulates how characters of various demographics – straight women, gay and androgynous women, and gay men – all face intersecting problems from heteropatriarchy. This approach requires queer theory and feminism but also elements of cultural analysis, psychoanalysis, reader response, and Marxism. Sarah Waters: Gender and Sexual Politics ties all of these avenues of inequality with the overall experience of being queer and/or being female. O’Callaghan manages these diverse points without losing the overarching sinew of queer womanhood, however some chapters are more practical in their approach while others remain more rhetorical.

This book pushes the frontiers of women and gender studies by meshing Freud’s symbolic and physical focus on the body with Lorde’s demand for community change, all while avoiding Kristeva’s penchant for inaccessible jargon. Nonetheless, O’Callaghan also “queers” or shifts academic norms in writing. Chapters one through three convey a response to Victorian ideals of domesticity and sexual purity. In these early essays, O’Callaghan focuses more closely on the characters themselves and how these women respond to the male-dominated society around them. O’Callaghan’s tone shifts with chapter four. The next chapters portray 1900s male and female characters of all sexualities. While she still focuses on elements of plot and characterization in chapters four through six, O’Callaghan now maneuvers the reader to recognize how a male-dominated society responds to these nonconforming characters. Readers may not immediately recognize the reasoning behind this change in perspective as O’Callaghan seems to suddenly alter her prioritization of the text versus social context; nonetheless, this narrative choice intentionally builds her conclusion that modern feminists and LGBTQ+ people can only combat persistent patriarchy by working together. Therefore, O’Callaghan’s chapter organization reveals her larger effort in this text: to reach an academic audience and convince these readers, through textual analysis that increasingly morphs into social critique, to reframe their own stance in the feminist vs. queer studies feud. Much like in Audre Lorde’s keynote speech “The Uses of Anger: Women Responding to Racism,” O’Callaghan speaks directly to an audience of engaged women and queer people, but she is not as bold or direct as Lorde’s approach. Claire intentionally warms the waters of this dialogue by steadily introducing more references to modernity until she breaks the fourth wall completely, addressing contemporary issues and our failure to reunite to solve these issues that persist in even liberal-oriented spaces, like the theater.

O’Callaghan’s book is well-researched and includes well over three hundred sources, but she does miss some citations that could take the place of some of her more obscure or tentative references. For example, O’Callaghan cites two of Virginia Woolf’s texts, but she fails to include “Thoughts on Peace in an Air Raid” in her discussion of male violence, entitlement, and war. Furthermore, while she depends on historical and social contexts to untangle the hegemonies of Waters’s novels, O’Callaghan does not chart Waters’s own changing voice and style from the Victorian to war year settings, nor does she overtly mention Waters’s personal evolution to a more realistic, if not grim, portrayal of contemporary queer characters. One may argue that O’Callaghan chose to focus primarily on the characters and the heteropatriarchy that surrounds and informs them rather than on Waters herself; however, O’Callaghan quotes Waters’s thoughts about her own books, society, and identity throughout the chapters. Because the book does include this personal narrative about Waters’s social and artistic insights to explain the connections between misogyny and homophobia, the text would be strengthened with additional information about Waters’s own specific choices and development in her writing.

At the end of the book, we are left with a two-part question: who shapes and describes the history of a society, and how do these people in power set this narrative against women and queer people? Waters intervenes here to reclaim some power by writing nonconforming characters in historical settings. O’Callaghan successfully puts this intervention into its own perspective. She uses textual analysis from Waters’s books in each chapter to defend her initial stance that patriarchy manifests itself in numerous ways that are anti-woman and anti-gay. By the end of the book, O’Callaghan urges us to recognize that the same bigotry of the Victorian era exists in the 21st century. After this realization, the book echoes its final implication; that our only option is to put aside our differences within the academic feminist and queer communities to confront the issues that are mutually detrimental.