From Angel to Office Worker 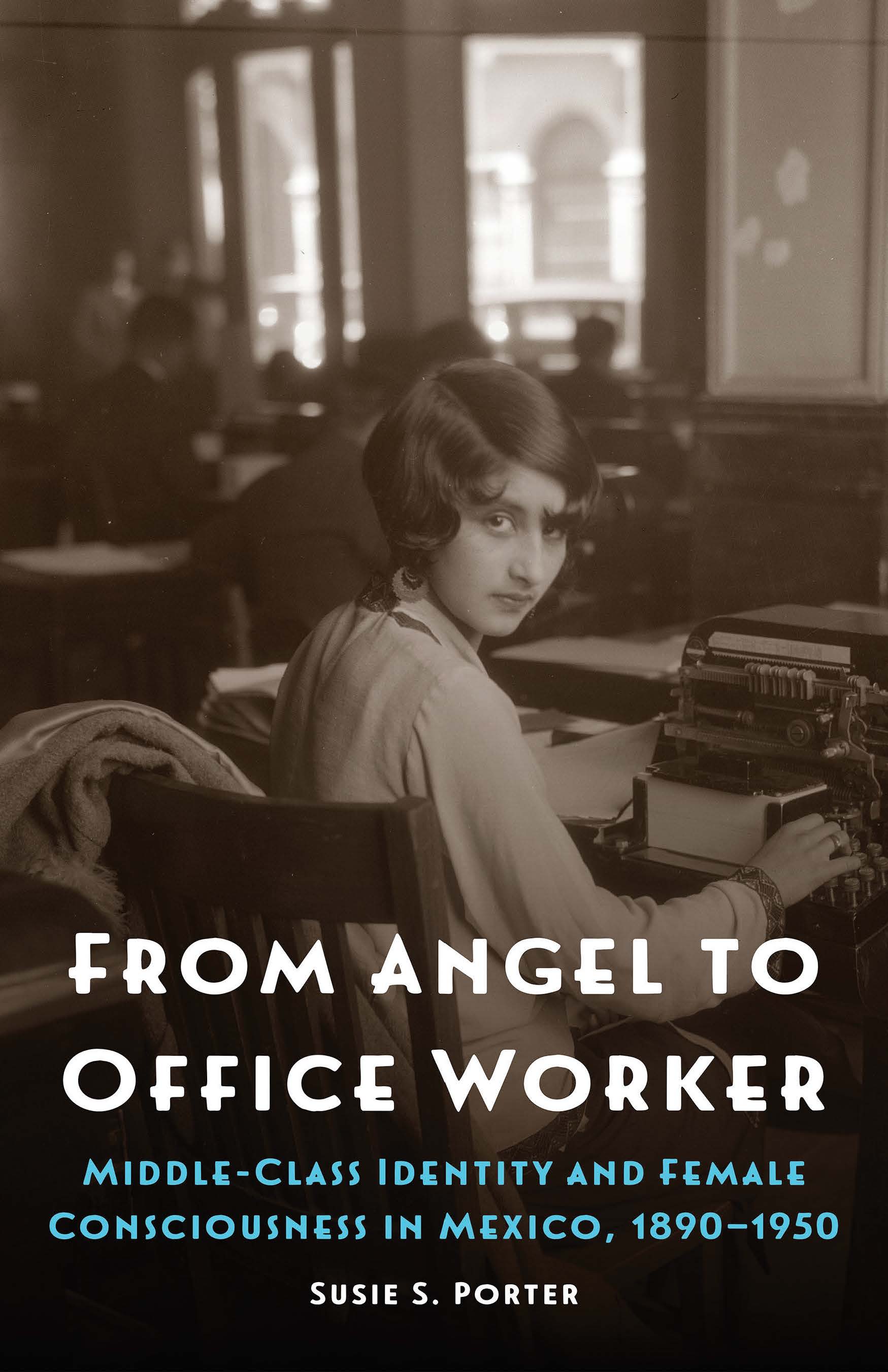 The following Introductory Comments were presented by Professor Marie Sarita Gaytán in the Fall of 2018. This speech was invited to be part of a University of Utah, Department of History Book Celebration in honor of Professor Porter’s newly published book.

I am tasked with the challenge of saying only a few words about Professor Susie Porter’s newest monograph, From Angel to Office Worker, Middle-Class Identity and Female Consciousness in Mexico, 1890–1950. And I say “challenge” because there are so many great things I could say about this book. This is an important piece of scholarship, but for my introductory comments today, I’m going to focus on the top three reasons why we all should feel honored that Susie Porter walks among us as a colleague in the halls at the University of Utah.

#1: From Angel to Office Worker casts new light on labor history in Mexico by placing middle and upwardly-mobile working-class women’s contributions at the center of analysis.

The women in her study are positioned as classed agents engaged in political struggle. Porter astutely reminds us that women’s class statuses are not simply based on that of the men that they supposedly depended on. Instead, these women were a force to be reckoned with. Their relationships with each other, in combination with their interactions with those in power (think: local, state, and federal officials), helped shape middle class identity in Mexico.

#2: From Angel to Office Worker tells us something new about feminism in Mexico—notably that throughout the early part of the 20th century, women held balanced ideas regarding their domestic and work lives—there never appeared to be a contradiction for working women.

In other words, when women demanded recognition and equality, they did so in ways that cut across so-called “separate spheres” of public and private domains.

Relatedly, middle-class women reached out to working class women, arguing that they too deserved legal protections. So, what we also learn is that early feminist work (or what we understand as feminism) in Mexico was much more egalitarian in terms of class alliances, much more complex and frankly, much more radical than what we once knew. Porter provides us a richer account, one that is attuned to how women from different socio-economic backgrounds were consistently supportive of – and in dialogue with – one another.

And while it wasn’t always neat, tidy, or conflict-free, working women’s energies merged: collaborations came together as they fought for the right to vote, better wages, and a higher status in society.

Of course, this was not widely welcome by those in power, which brings me to my final point.

#3: From Angel to Office Worker reminds us, with careful nuance, that none of these women’s accomplishments should be taken for granted.

As women entered the office workforce, they faced myriad challenges, from sexual harassment to ongoing stereotypes regarding their sexual morality. What’s more, office workers were regularly disparaged for wanting to work. Male colleagues frequently cast their desire to enter the workforce as selfish and frivolous: these women would only spend their earnings on luxuries like movies, cigarettes, and nail polish.

In short, women who worked were regularly positioned as threatening the sanctity of the family and infringing on the greatest role meant for women: motherhood. However, these women didn’t back down; they fought for themselves and for other women through the language and subject-position of motherhood. Thus, instead of allowing those in power to control the discourse of motherhood (and use it against them), they situated motherhood front-and-center into their push for equality. They rejected sociological studies, government reports, and cinematic portrayals that depicted women’s choice to work outside of the home as destabilizing marriage and the family. In the process, they forged vital, but often less-recognized partnerships and coalitions that contributed to the struggle against gender discrimination.

As Porter puts it, “Women did not embrace feminism as an abstract idea to argue for special protections…Rather, based on their experiences at work, they gave voice to a new feminist consciousness” (238).

Marie Sarita Gaytán is an associate professor of Sociology and Gender Studies at the University of Utah. She is also the author of ¡Tequila! Distilling the Spirit of Mexico (Stanford University Press).