Rethinking, Remaking and Reclaiming the Body in Contemporary Capitalism 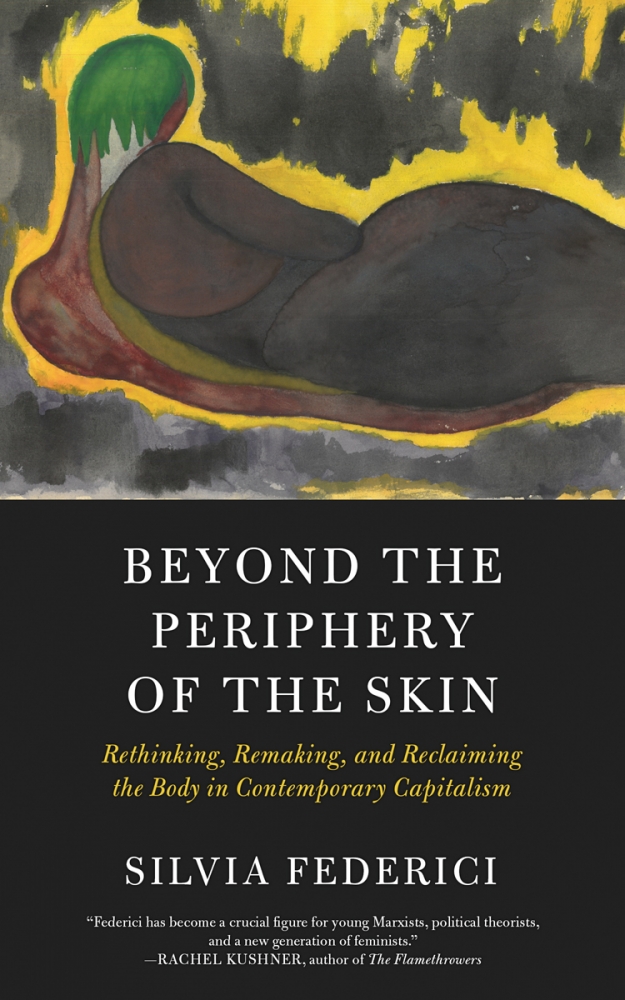 Marxist feminist scholar Silvia Federici’s latest book, based on a series of lectures delivered at the California Institute of Integral Studies in 2015, critically examines the role of the body under late capitalism. The book draws significantly from her earlier work Caliban and the Witch (2004), which examines the ways in which the persecution of women libelled as witches was instrumental to the establishment of capital’s hegemony. In Caliban and the Witch, Federici critiques Marx’s theory of primitive accumulation to assert that it is not disruptions in orders of feudal economies that marked a period of transition from pre-capitalist to capitalist societies, but regimes of systemic and concerted violence unleashed upon bodies of women that was crucial to the establishment of disciplined labouring bodies under capitalism. She even critiques Foucault’s notion of biopolitics for its failure to account for the unique vulnerabilities of gendered bodies. She goes on to say that Foucault’s understanding of biopolitics as marking a shift from coercive to pastoral regimes of power was inadequate, by turning our attention to the violence women’s bodies are routinely subjected to. She invokes the gruesome history of witch hunting and immolation of women at the stake in Europe to recast historical, political and ethical arguments about gender and capitalism, by positing women’s bodies as central to the debate.

In Beyond the Periphery of the Skin, Federici looks at the ways in which the appropriation of women’s bodies is not merely supplementary to the regime of capitalism, but it is only by embedding women’s bodies within debates of reproduction, social organisation and workforce discipline, that capitalism can perform its hegemony. The question of the ‘body’ for Federici is therefore specifically that of a body inflected by its gender. The question Federici addresses in the volume is this: in what ways is the body being constituted through processes of capitalist production? What does it mean to be a body, in material, discursive, political and social terms, embedded within systems of capitalist circulation? And finally, in what ways can the tools that ‘enclose’ our bodies be dismantled, and bodies be reclaimed?

The book is divided into four parts, with each part consisting of a collection of short essays. Part One sets the context for Federici’s argument, laying down historical and contemporary discussions in feminist discourse on the body. ‘Capitalist accumulation is the accumulation of workers’ (p. 14), she asserts, reflecting on the ways in which capital has made strategic use of bodies. Federici invokes histories of enslavement of black bodies, particularly black female bodies, forceful sterilisation, and restricted access to contraception as ways in which women’s reproduction has been used as a means to control the growth of capital. The intersections of gender with race, class, and social location is instrumental here in the manipulation of bodies and its perceived use value in the circuits of capital.

Part Two looks at the ways in which the body has been ‘made’, through analyses of performative theories of gender, the feminist movement’s denaturalisation of femininity, and an investigation of the viability of ‘women’ as a category of analysis in light of trans and inter-sex movements. The section also talks about the increasing biomedicalisation of the body and a reconstitution of corporality through gene editing, assisted reproductive technologies, and non life affirming plastic surgery.

Part Three critically examines the ways in which the body has been historically transformed into labour power. Speaking of the ways in which the body is the ‘condition of existence of labour power’ (p.78), she invokes histories of World War, colonialism and the Holocaust to point to ways in which science has been used to make bodies more ‘productive’ and amenable to labour. In this context, she refers to the use of sexuality as a way of controlling women’s labour, through the institution of marriage and the chastisement of sex work.

The final section, Part Four, points to ways forward in feminist discourse and praxis, in reclaiming the body, ‘to define our bodies in ways that are nondependent on our capacity to function as labour power’ (p.84). She proposes ‘mobility…not pursued for the sake of work’ (p. 121) as possibly the greatest source of resistance our bodies can offer to the disciplinary, mechanised, commodifying effects of capitalism on our bodies. She calls for a policiticisation of pain, and a reappropriation of our bodies through a reimagination of its limits. She imagines the ‘periphery of the skin’ as not that which ‘encloses’ the body, but as that which enables us to establish newer ways of relating to the world around us, and being affected by it.

Federici has in the past engaged with the metaphor of the body as machine in the context of Taylorist labour regimes. She revisits the semiotics of the techno-corporeal body in this volume too, but differently. She examines the increasing biomedicalisation of corporeal boundaries, and cites the phenomena of gene editing, assisted reproduction, and gender reassignment surgery. While she is prompt in pointing put how the insertion of technology within trajectories of biology harks back to vivisectional practices of imperial science, she fails to explore the relationship between technology and the body more closely. The assimilation of assisted reproduction, transgenderism and genetic medicine under a rather reductive rubric of ‘biomedicalisation’ presumes essentialised categories of the body as well as technology. While contemporary feminist science and technology studies have devised theories of the body as liminal spaces (Haraway 1985, Harding 1986), Federici’s diatribe on technology appears to be rather fearful of these possibilities.

The volume covers an eclectic range of issues, moving between historical, political, social, and cultural perspectives on gender. Her essays are concise and evocative, tying histories of women’s movement to the current crises of representation in feminist discourse where signifiers for the body seem to become increasingly more diffuse. While distinctly contemporary, her essays appear to be more of a hastily assembled pastiche of inchoate lectures, as opposed to a coherent monograph. Despite her avowed efforts to de-radicalise and de-essentialise what it means to be a body, her analysis of transgender and inter-sex movements lack some of the depth that her scholarship has traditionally demonstrated. Her dissatisfaction with performative theories of gender for not being adequately rooted in material conditions of women’s lives begins as abruptly as it ends. Federici’s invocation of ‘militant’ joy, and the philosophy of dance as a defiance of capitalist organisation of bodily mobility offer glimmers of hope for not just feminist political action, but also for alternative configurations of ‘rebellious’ bodies, an idea she had explored with phenomenal insight in Caliban and the Witch. However, the idea is left underexplored, and appears rather anachronous to the arguments preceding sections of her book engages with. Federici’s writing has been reputably compelling, incisive, and evocative. However, Beyond the Periphery of the Skin fails to do justice to her passionate commitment to activism and academia.

Aishwarya Chandran is a PhD student in the Department of Humanities and Social Sciences at the Indian Institute of Technology Delhi.