Perceptions of Pregnancy from the Seventeenth to the Twentieth Century 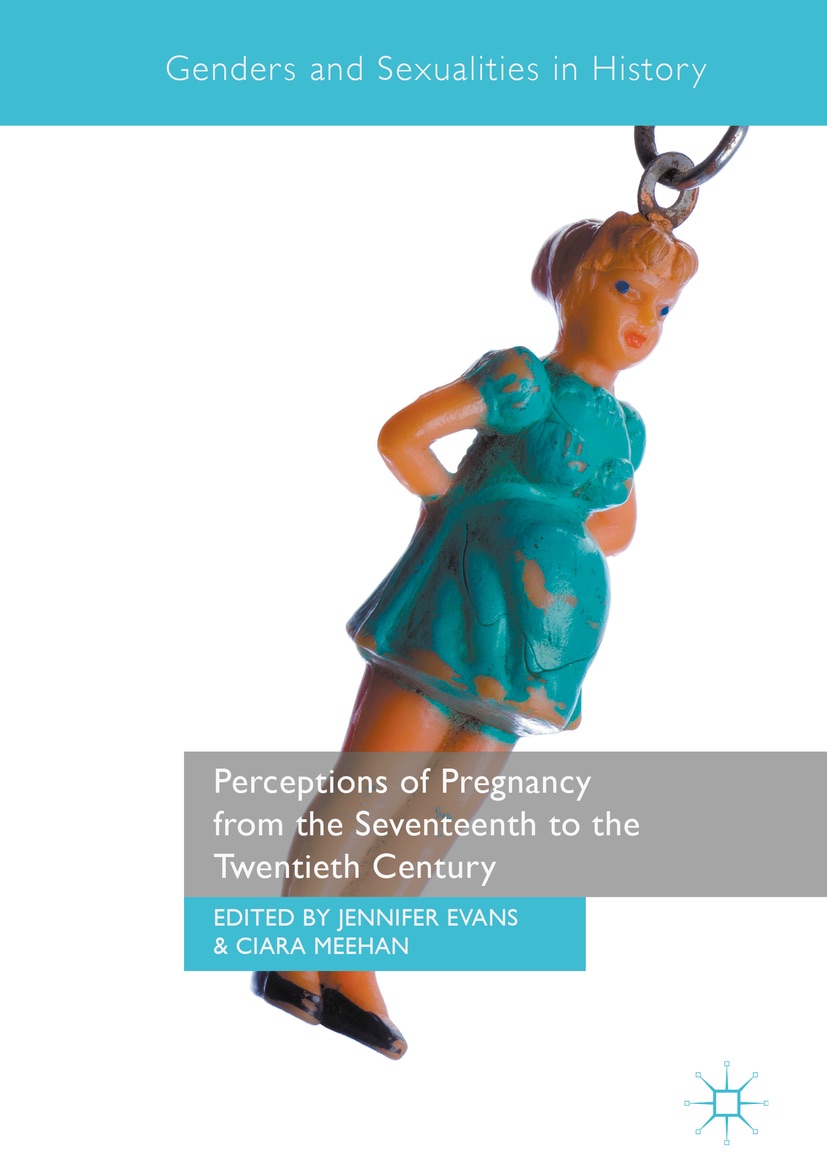 Perceptions of Pregnancy from the Seventeenth to the Twentieth Century joins the burgeoning dialogue about how we see women’s reproductive potential and engagement as manifested both socially and culturally. The great value of this book is in its diverse range of material covered, which in turn also highlights the voices so often left out of this necessary body of research. Organized around “adopted narratives, literary representations, and discourses of participation and consumerism,” this edited compilation addresses not only representations of but the definitions, limitations, assumptions interwoven within them (3).

The book situates itself from the start as a work that is already at battle with the absence of the birthing/mother subject. While acknowledging the privacy issues surrounding the pregnant body, authors Anija Dokter and Daisy Murray directly confront the figurative body and the distrust in which the perceptions of the pregnant female are steeped. Specifically, Dokter and Murray explore how pregnancy language is treated with respect to personal and interpersonal emotions – often ignored facets of the experience.

Shifting from distrust and avoidance, the book delves into how we as a society have documented pregnancy with respect to measurements and data collection. These efforts are framed as being necessary in an environment that wishes to find security in finding some sort of certainty in the pregnant condition (19). Barbara Duden and Anna Laetitia Barbauld make this fear of ambiguity explicit by using first-hand accounts of terminology used to describe the woman and her offspring. As Barbauld notes, the most common term for the unborn child in the late 18thand early 19thcenturies was “little stranger,” which denotes some sense of the misgiving society has had historically with the productive female body. Barbauld helps to shift from societal documentation to obstetric practices by showing parallels in their biases (25).

The chapters on obstetric customs not only contribute to issues of implicit partiality in medical science but also to the delineation of class demarcations. For example, as Whitney Wood describes, the revelations brought forth regarding Canadian medical discourse in the late nineteenth and early twentieth centuries helped fuel an effort to cast the middle-class white female as inherently delicate, and therefore more sensitive to pain than non-white or lower-class counterparts. Despite wielding such power as an institution, obstetric science in this era had little accreditation to be given such authority since there was a lack of training in the field. Exploitation of its usefulness, however, developed a following. As Wood states, “medical practitioners routinely recognized that obstetrics was, in many ways, the backbone of general practice and a key means for doctors to secure patients for life” (37). While the training increased as the twentieth century progressed, labor and birth continued to be pathologized and discredited. These chapters are specifically important to those in a variety of health-related fields interested in the history of the medical treatment of women, in particular given the scholarship in disability and gender studies about women’s pain historically being discredited.

Juxtaposed with the section on obstetrics are two chapters that investigate gender roles under extreme circumstances. Justin Dolan Stover writes about how fighters in the Irish Revolution went to great lengths to protect women and children and the apparent separation anxiety from husbands/fathers at leaving mothers and children. Alongside this chapter is a piece on the sounds women make in labor and an online platform in the UK called Mumsnet in which women discuss this topic. Both of these chapters highlight societal expectations and the trenchant realities that are found when you take a closer look. However, Stover’s piece seems to be the most incongruous of the entire book, paying very little attention to pregnancy and more to men’s reactions to war. While this allows for a male voice, it is unclear why this was included in such a tome given the decidedly different focus of the other chapters.

After this portion, the book delvesinto how pregnancy and abortion are depicted in primarily English literature, revealing how “generation is celebrated only because of its contribution to the larger patriarchal condition of the kingdom and women rewarded only when they pay deference to masculine authority” (127). Covering fictional pieces from The Birth of Shakespeare, Daisy Murray and Sara Read uncover how the womb has been granted its own agency separate from the woman’s and how this has contributed to the mistrust associated with fecundity.

The final chapters interrogate both the economies of hospital system and contraceptive sales strategies. George Campbell Gosling and Ben Mechen reveal how consumers grew to be empowered as new horizons of patient care and product development came into view. From the move away from almoner-payment systems in maternity homes to a new focus on condoms being used explicitly for sexual pleasure, these sections enable us to view some of the practicalities behind how pregnancy is perceived today and offer valuable statistical analysis of societal trends in respect to reproduction.

Perceptions of Pregnancy offers valuable insights into the field of obstetrics, the narratives that surround the pregnant body, and the consumer-culture we inhabit that helps to fuel pregnancy as a money-making site. While one piece does not seem to fit into the collection, this drawback does not undermine the value this book has to so many fields. Programs in performance theory, gender studies and literature, just to name a few, can and should benefit from assigning this book in graduate study as a historical reference and as an analysis of social structures and their relation to the female reproductive body.