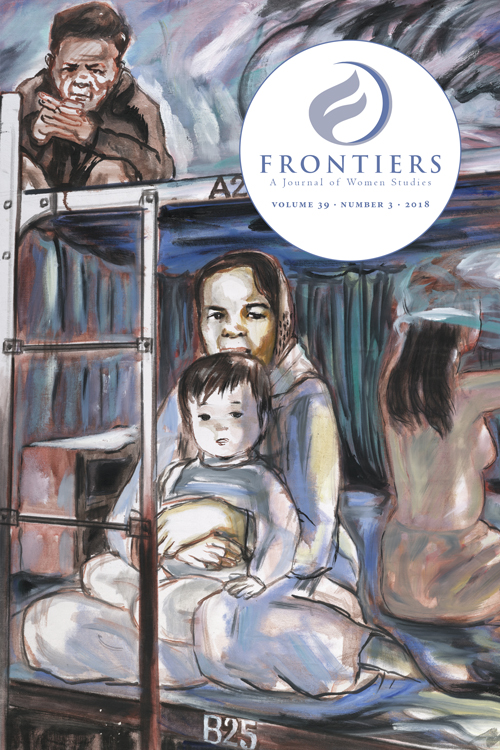 As this issue goes to press, spring 2018, the world continues to be consumed with political make-ups and breakdowns (North and South Korea and US talks); fear of “immigrant caravans” and “border flooding”; and sexual harassment (#metoo). Thus it was interesting to reflect on the art and essays in this issue, which were created before now but feel so vital and relevant for the future. The cover artwork, produced in 1990, remains a prescient depiction, and the essays are right on cue for present day headlines, discussing issues of immigration, harassment beyond the #metoo movement, Koreagate, activism, and resistance. Each essay provides analysis of colonial mechanisms of power and women’s bodies—whether bodies as blockades; bodies marked as classed, raced, immigrant, nationalized, sexualized, infectious; or the mattering of sleep, hair, sex. In addition, several essays look at the use of media platforms, a timely analysis in an era of “fake news” and uses of social media that yield high influence on attitudes, beliefs, and policy.